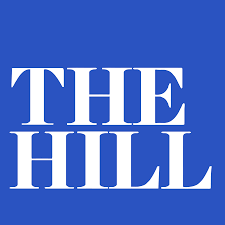 House Judiciary Chairman Jerry Nadler (D-N.Y.) on Wednesday said that the American journalism industry was “gravely threatened” by the growing dominance of Facebook and Google, claiming that the tech giants’ power was presenting a “dangerous situation” for the future of news. “Reporters have been fired, local newspapers have been shut down and now we hear that Google and […]

In an editorial, Thomas M. Johnson Jr. writes worries about 5G are “long on panic and short on science” WASHINGTON—Conspiracy theories regarding the safety of 5G threaten the U.S. economy and run contrary to the findings of the Food and Drug Administration, Thomas M. Johnson Jr., FCC general counsel, wrote yesterday in a Washington Post opinion piece. […]

Is AM All-Digital Right for Your Station?

It could be if you are ready for the needed investment in time and effort BY RICK GREENHUT ⋅ RADIO WORLD PUBLISHED: MARCH 6, 2020 The author is director of broadcast business development for HD Radio intellectual property holder Xperi.There is an important AM digital comments filing approaching on Monday. That means it is time to […]

The Next Generation of Broadcast Television is on the Horizon