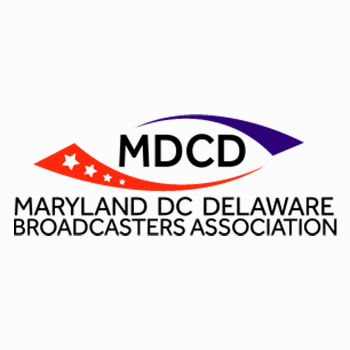 The council will hold a final vote on the Budget Support Act later this month, at which time the legislation will be sent to the mayor for signature, and ultimately to Congress for its 30-day review period. In a letter to the council on July 4, the mayor publicly opposed tax increases this year given uncertainty resulting from the COVID-19 pandemic.

In addition to the sales tax provisions, the council initially approved other tax provisions in the Budget Support Act, most notably an amendment that effectively guts qualified high technology company incentives. Less surprisingly, the council amended the bill to delay the Financial Accounting Standards 109 deduction until 2025.

Similar to the Nebraska proposal, but unlike the Maryland and New York proposals, the district council’s proposal expands the sales tax base instead of adopting a separate tax on gross revenues from digital advertising services.

Finally, unlike each of those proposals, the Budget Support Act’s advertising tax is much broader, applying to all advertising services, defined as “[t]he planning, creating, placing, or display of advertising in newspapers, magazines, billboards, broadcasting, and other media, including, without limitation, the providing of concept, writing, graphic design, mechanical art, photography, and production supervision.”

According to the council, if the advertising tax provisions of the Budget Support Act are adopted, the district would join the city of Phoenix, Arizona, the province of Quebec, Canada, seven states, and 29 nations “who have either considered or have implemented a sales tax on the sale of advertisements in their jurisdictions.”

The proposed Budget Support Act would also expand the sales tax to sales of personal information at the same reduced 3% sales tax rate. Personal information is defined as “information or data that is derived from a person that identifies, relates to, describes, or is capable of being associated with, a particular person.”

The proposal offers numerous examples of personal information. In part, these examples include a person’s name, address, telephone number, email address, IP address, digital signature, financial information and “browser habits, consumer preferences, and any other data that can be attributed to a person and can be used for marketing, or determining access or costs related to insurance, credit, or health care.”

While a few states broadly tax all services, including advertising services, and other states have more recently considered — but rejected — digital advertising taxes, the district would become the first jurisdiction to adopt a targeted, transaction-based tax on digital advertising and personal information, as defined in the Budget Support Act.

As noted above, the Maryland General Assembly passed a digital advertising tax, but that legislation was vetoed by Gov. Larry Hogan. The ultimate fate of the Maryland tax, which is structurally flawed and distinct from the district’s proposal, is uncertain at this time.

Not only would the district be an outlier at the state level, the district’s expansion of its sales tax base to digital advertising and personal information arguably contradicts the U.S. Department of the Treasury‘s opposition to international digital services taxes. This apparent conflict between district and federal tax policies ought to be considered in light of congressional review of the Budget Support Act.

Finally, the proposed Budget Support Act does not address sourcing for either the advertising tax or the personal information tax. Thus, the District of Columbia Office of Tax and Revenue, or OTR, should address the complex sourcing issues, as well as credits for taxes paid to other jurisdictions, associated with taxing those services.

Indeed, the OTR has promulgated regulations on the sourcing of similar — but distinct — services that are taxed by the District.[2] In so doing, OTR should solicit and consider input from all stakeholders when developing that guidance to avoid potential as-applied commerce clause or due process challenges.

For two decades, the district has offered tax incentives to lure high technology companies to the district. However, the district council has recently, in piecemeal fashion, reduced the program’s benefits or increased eligibility criteria.[3]

The council has (1) limited the corporate franchise, or net income, tax benefit offered to corporate qualified high technology companies, or QHTCs, and (2) eliminated the sales and use tax benefits. But the council will now eliminate the personal property tax exemption and corporate franchise tax rate reduction for QHTCs. Various workforce-related credits remain, but they have also been limited.

District council members justified reducing the program by contending that it mainly benefits a few large companies and does not reap economic benefits. They argued that it is not tax benefits that bring high tech companies to the area, but other factors, such as quality of life.

While the district’s mayor has publicly opposed tax increases this year, which presumably would include the advertising and personal information taxes, it appears the council has the two-thirds veto-proof majority. Moreover, Congress has not recently intervened in tax policy decisions of the district, notwithstanding federal oversight under the district’s Home Rule Act of 1973.

However, these are uncertain times and history may not be an accurate predictor in this instance. Therefore, affected taxpayers should share any concerns about the proposal with the district council, but should also evaluate the numerous complexities that would result from taxing these services.

Specifically, taxpayers should consider potential sourcing issues, the likelihood of OTR regulations on the subject and submitting comments as part of the district’s regulatory process.

Finally, district tax legislation looks to be active for the remainder of the year and into 2021. As expressed during the committee of the whole’s meeting, the district council expects to revisit potential tax increases once they better understand the full impact of the COVID-19 pandemic.

Why J.Lo And Shakira Aren’t Getting Paid For The Super Bowl Halftime Show